DISTRIBUTION OF MOLD IN SCHOOL CLASSROOMS 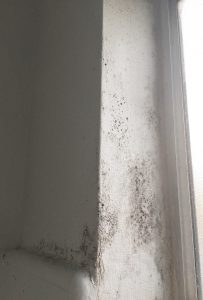 The school classroom environment potentially plays an important role in mold exposure, since children spend a large portion of their day in school with mold in school.

Boston Children’s Hospital researchers measured the concentrations of airborne molds in 180 classroom air samples during two seasons inside 12 inner city elementary schools in the Northeast United States. They examined the diversity and concentrations of molds in the schools and described differences between classrooms within the same school.

Their results showed mold was present in 100% of classrooms. Classrooms within the same school had differing mold levels and mold diversity scores. The total mold in school was ranged from 11.2 to 16,288.5 spores/m3. Mold diversity scores for classroom samples ranged from 1 to 19. The species with the highest concentrations and found most commonly included Cladosporium , Penicillium/Aspergillus, smut spores, and Basidiospores.

They found that the school is a source of mold exposure, but particularly the classroom micro environment varies in quantity of spores and species among classrooms within the same school. They also found that 15% of the classrooms were reported to have mildew on the ceiling, wall or window. They verified that visible mold may be a predictor for higher mold spore counts.

Mold spores are responsible for a number of health related diseases as they can be allergens, irritants, infectious agents, or produce toxins. Several studies have suggested that mold sensitization is associated with asthma development and asthma morbidity. As a parent have you seen asthma development in you child after moving in a new school or classroom? As a school principal, teacher or parent have you ever thought to check airborne mold and air quality of the your children school classrooms?